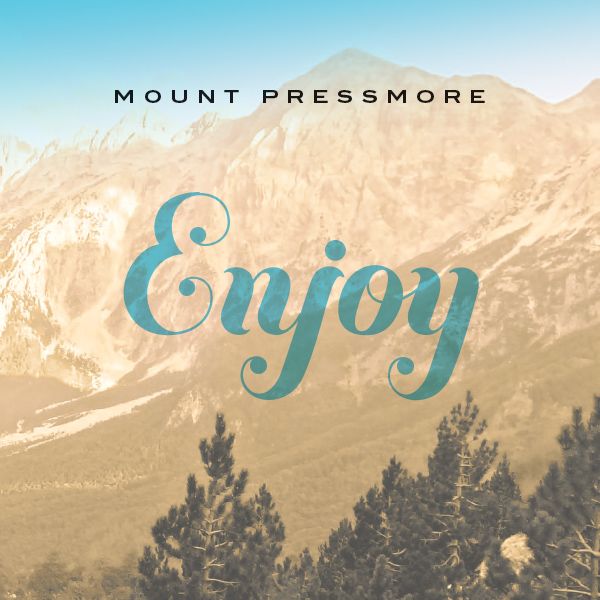 "Enjoy", the debut album from the Austin-based band Mount Pressmore, is now available on iTunes and Bandcamp.

"Already being compared to Frank Zappa, Steely Dan and Peter Gabriel, the 'chop-pop' of Austin’s Mount Pressmore is just that: addictive earworms played with the utmost technical proficiency. Talking Heads is another touchstone, and that band’s more intricate moments and visual style can be felt in the video for 'Trampoline' from the just-released Mount Pressmore debut album 'Enjoy.'" - Benjamin Ricci, Performer Magazine

"It might be too soon to tell, but I’ve got the sneaking suspicion that Mount Pressmore might be poised to take over the whole damn city. Equal parts dancey pop, soul and rock, Mount Pressmore creates a soundscape that’s always interesting. Throw in the occasional pseudo-nonsensical lyrics that border on the poetic, and you’ve got all the quirk you need to carry you into ATX glory." - James Roberts, The Horn